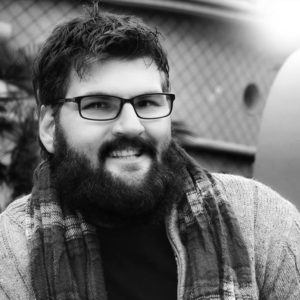 Heya, I am Jan Loos, A 38 year old, from the Netherlands, and I love tabletop roleplaying games!

When I was about 10 years old, my older cousin asked my to play a game with him. When he pulled out the box from his bag and I saw the cover, that was the moment that my interest in Tabletop RPG’s began. The game was called Heroquest, a simplified roleplaying game that was inspired by Dungeons & Dragons.

Since then I started drawing warriors, wizards, monsters, and dragons. I have drawn many world maps. I played many games, read many books.

Years passed by, until I saw a kickstarter project called Roll20.net. Up until then I used to play tabletop games with my friends offline. But when I saw the kickstarter project, I realised that with this tool, playing online could be almost as fun as playing in real life. 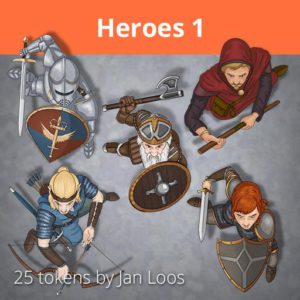 After I hosted my first couple of games on Roll20.net, the players were really excited about the artwork I made for the games. They suggested that I create my own roleplaying assets and sell them on the marketplace. I felt it was a really big compliment, but I didn’t think my artwork was good enough yet.

That is why I started to practice more. I followed tutorials from other Roll20.net marketplace creators that were a huge inspiration to me. Especially Devin Night, who makes great tokens, and Gabriel Pickard a.k.a. Madcowchef, who makes amazing battlemaps.

In 2015 I decided to start making artwork for the Roll20.net marketplace. The comments and support I got was a really big motivation. The community over at Roll20.net is great.

If you are interested in my work, take a look at my artwork in the Roll20.net Marketplace. If you want to support me, buy some of my artwork and use it to create your own adventures.

Note: My artwork on the marketplace is downloadable after you have bought it. So if you use other virtual tabletop software, you can use them there as well.

If you are an artist that creates artwork for tabletop roleplaying games, I would love to feature your work in a review on this website. If you have any idea’s or tips that you would like to share with me, don’t hesitate to contact me.